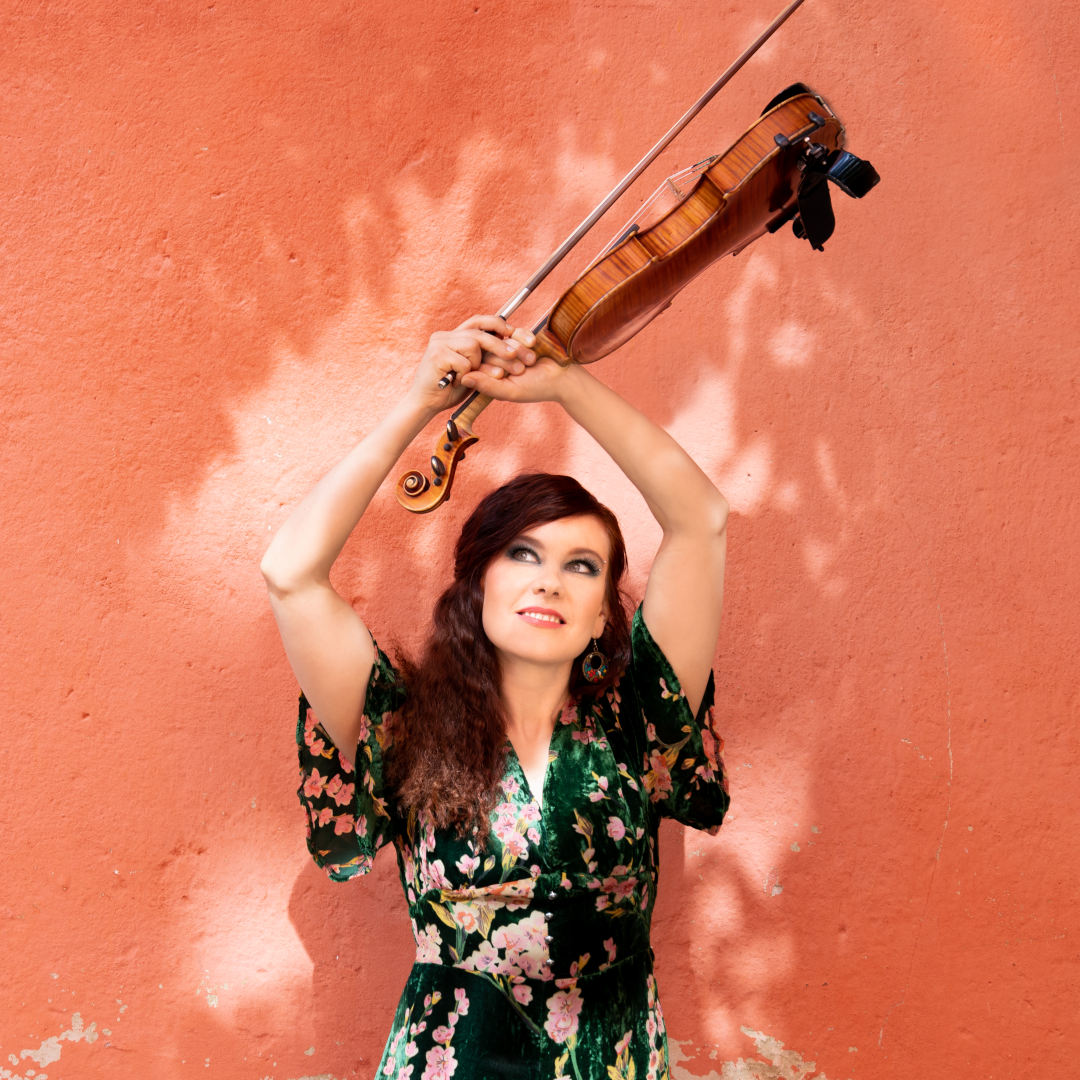 Lotta-Maria Heiskanen is a violinist and composer whose music combines rhythms and tonal language from the Middle East with the Nordic jazz tradition. Heiskanen’s compositions explore the border between mysticism and realism.

Heiskanen is a sensitive interpreter whose playing style is beautifully poignant and bursting with passion. The title song of her new album, Samai Maata, is a tribute to the entire universe. Through interweaving instruments and lyrics, the song conveys that we are all part of the same earth, energy and consciousness. Samai Maata is the debut album from her group, Heiskanen Bayatz Baharat.

At the concert, they will perform the album in its entirety. The music takes the audience from Arabic taqsims, mysticism and samai rhythms to Latin and jazz rhythms, and from a virtuosic longa to a delicate ballad.

Heiskanen has gained recognition as a violinist and composer with BaranBand, which plays music from the Middle East, and as concertmaster and music arranger of the Middle Eastern Orchestra.

Heiskanen also plays flamenco in Anna Murtola’s band and in the Nordic Flamenco collective. Heiskanen also performs with various other ensembles in Finland and abroad, along with work as a theatre musician.

The evening begins with a solo performance by Merlyn Driver at 7 pm.